Yet another showing of award-winning animated documentaries from festivals, dealing with the world’s most pressing problems; documentaries that use animation to tell more, with fuller stories.

We will see the shocking Life Inside Islamic State, based on diaries of a Syrian activist from Raqqa, a city seized by the Islamic State. The Israeli Journey Birds will tell us intimate stories about immigration. Broken – The Women’s Prison at Hoheneck is a moving story of female political prisoners in communist East Germany. Tough shows cultural misunderstandings between a Chinese mother and her Britain-born daughter. Le Clitoris is a funny story of female sexuality while Beautiful Woman is a poetic portrait of a 30-year-old male transsexual. In My Dead Dad’s Porno Tapes the director tries to understand his deceased father better through, for instance, the porn VHS tapes that he inherited from him. The hand-painted visual poem entitled Nutag – Homeland documents the massive deportations of Kalmyks, whereas Nachthexen, produced during workshops, tells the story of strong women in a great war. Ash to Art is a dramatic history of The Glasgow School of Art’s Mackintosh, the symbol of British art that was burnt in a fire, while Fired up, ready to go chronicles the process of creation of President Obama’s famous speech. The finale, Cosmopolitanism, is a manifestation of faith in humanism and hope that our ideas and patterns of thought can change the world! 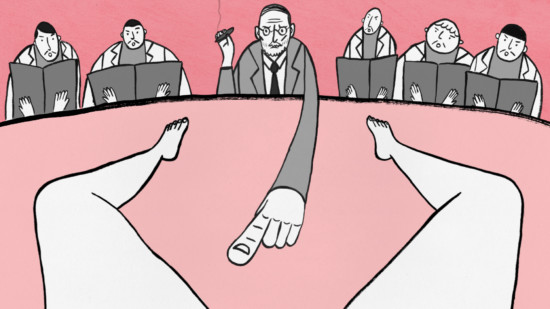