the competition for the best short film for children, directed to artists (students, amateurs, independent) from Poland and all over the world

AUBE
DAWN
director: Valentine Lapiere
Belgium2019, 15’40”
Kim, 14 years old, is placed in juvenile correction centre for the first time. Deprived of liberty, she suddenly has to conform to strict rules, and she loses all her bearings. She might well try, it seems to her that it will never be enough, no matter how many efforts she makes. So she gets overwhelmed sometimes. To catch her breath back, Kim will have to find a place, to strike a new balance. 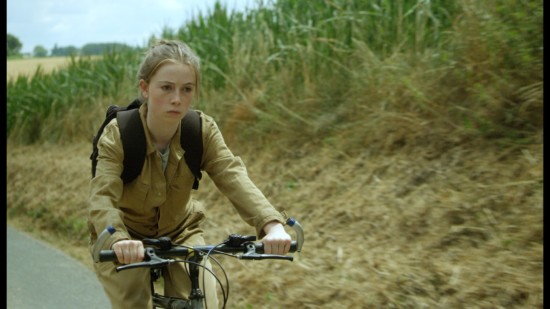 BROS
TESÓK
director: Marci Nagy
Hungary 2019, 15′
Tale about a boy and his pig, and how their romance is shaken by the appearance of a mysterious girl in a capsule. Set in a dystopian world, ‘Bros’ is a story of friendship – and an hommage to the sci-fi movies of the 1970s. 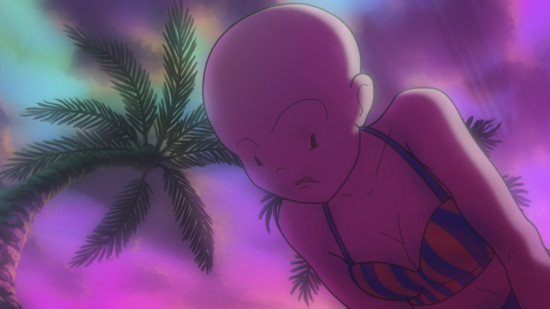 ISLAND
director: Mengqian Chen
music: Florent Skalli
France 2019 8’28”
On a deserted island lives a desperately lonely Cyclops. Time passes, the seasons too. One summer night, he discovers an egg from which a bird hatches. Very quickly a fusional relationship binds them, until summer came back… 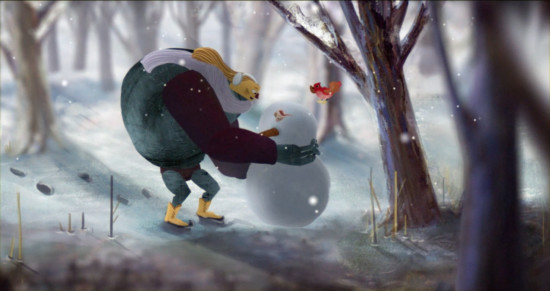 LACRYMOSA
director: Gian Suhner
Germany 2019, 5’20”
The young violinist Lilith needs to convince a jury to grant her a scholarship. When the chairwomen judges her play to be technically perfect, but also void of all emotion, Lilith knows what she needs to do next. 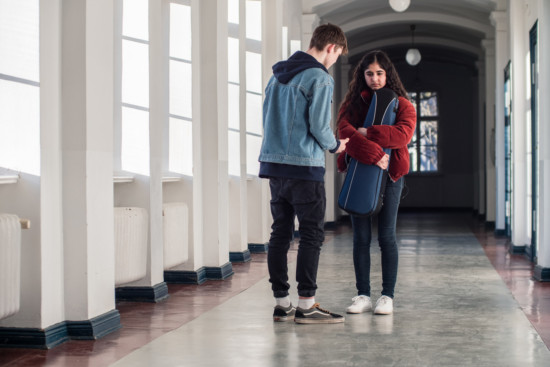 LIFE GONE WITH THE WIND
directors: Siavash Saed Panah, Omid Gharibi
Iran 2019, 6’27”
One old woman remembers her childhood and her unfinished dreams when she saw a kite in her house. 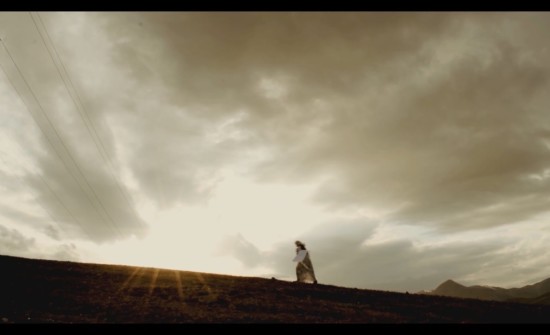 NESTLING
PISKLĘ
director: Marat Valerievich Narimanov
Russia 2020, 6’35”
The story of a friendship between a lonely old man and an helpless nestling, confronted by a group of ignorant boys from the same neighborhood, stylized as a film of the 60-th. 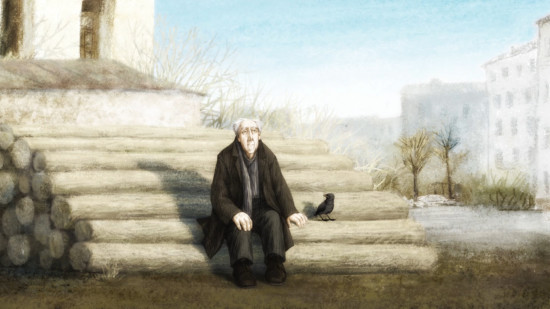 ROBERTO
director: Carmen Córdoba González
music: Jordi Carbonell
Spain 2020, 9’50”
15 have passed and Roberto is still in love with his neighbor, but she prefers to hide ashamed of her body. With his art and an old clothesline as the only ways of communication, Roberto has a plan to push his beloved to face her monsters at once. 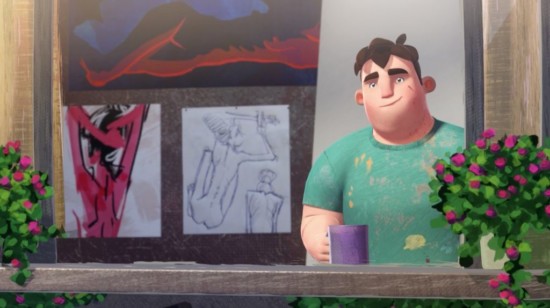 SADAF
director: Anne Jammet
music: Tunnelvisions
France 2019, 2’57” ”
A winner is a dreamer who never gives up”. A dancing story about an iranian girl who loves boxing. 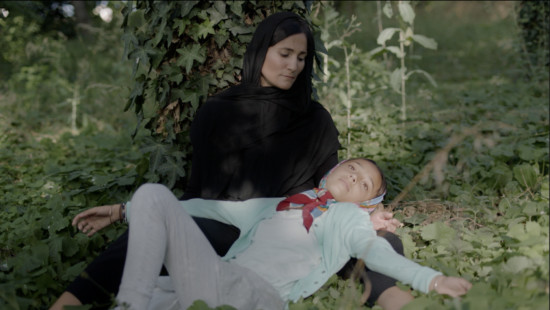 TADPOLE
TETARD
director: Jean-Claude Rozec
music: Arnaud Bordelet
France 2019, 13’28”
I was small, but I remember it very well. Mom and Dad suspected nothing, but I knew straight away. The thing in the cot, was not my brother. It was you! You had that strange face and you stank… Right, Tadpole? 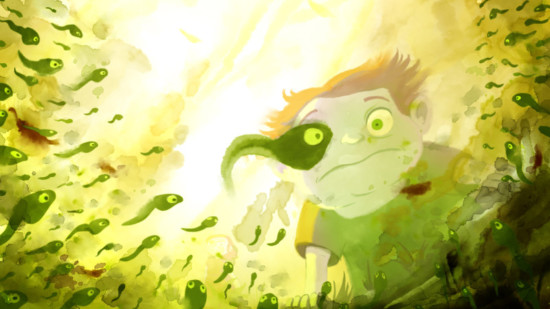 THE HANDS
director/reżyser: Shayan Naghibi
Iran 2020, 1’40”
An elderly man carefully places most of his few possessions into a box, which he then sets inside a cabinet. After taping to the closed cabinet doors a note that reads “Do Not Touch”, he considers briefly, then removes his hands to ensure he won’t open it, he won’t touch. 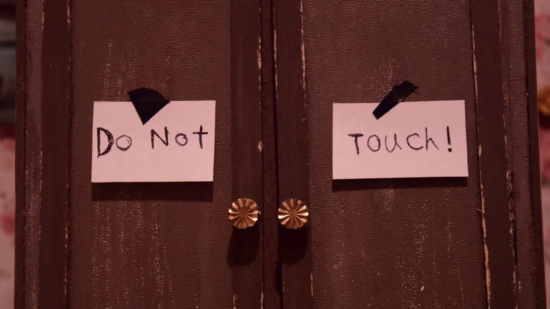 TIES
director: Dina Velikovskaya
music: Artem Fadeev
Russia, Germany 2019, 7’37”
There is a strong connection between parents and their child. A young woman leaves the parental home to see the world. But the world of her parents is so tightly connected with her that by leaving, she puts it at risk. It turns out that this connection can be also destructive. 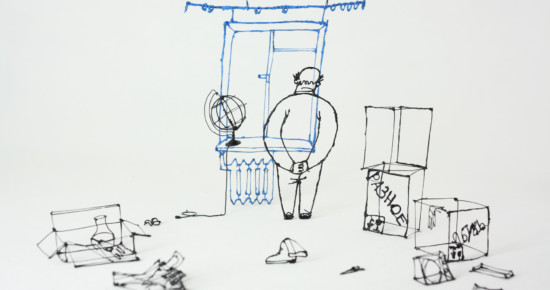 UNA COSA MIA
director: Giovanni Dota
music: Andreas Russo
Italy 2019, 10′
Naples, August 1971. Today Fofo wears a new shirt, his mother sewed it. With it on he looks like his father. He’s still a little boy, but since his father is no longer with them, he has become the man of the house. Fofo will lose that shirt, but will come home grown up. 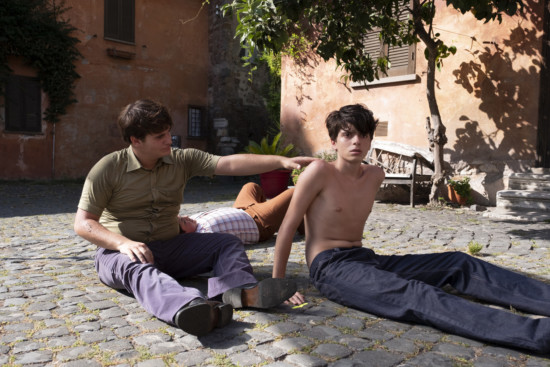