Juanita Onzaga (Colombia, Belgium)
Colombian-Belgian film director and cinematographer playing with hybrid forms between the fiction, the documentary and the experimental. Within her narrations she touches the importance of memory, death and imagination, creating tales that reflect different ways of perceiving reality within strong political contexts. We wander in dreams, jungles and cities surrounded by spirits. This way, marrying a sense of emptiness in realism in an intimate way with a quest for mysticism, where the invisible gives more answers and meanings than the physical world. Her short film The Jungle Knows You Better Than You Do won the International Jury prize for best short film Generation 14plus at Berlin International Film Festival 2017, the highly acclaimed VAF Wildcard and other prizes, while being selected worldwide in festivals as San Sebastian, Sao Paulo, Reykjavik, Vilnius and Cartagena. Now she is currently developing her first feature film “The Landscapes That You Seek”. 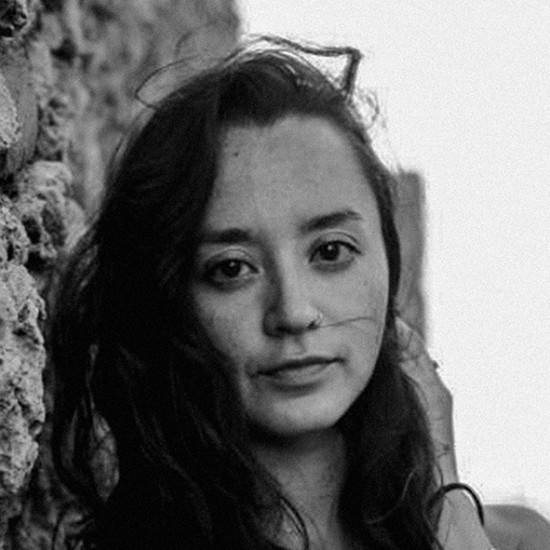 Babis Makridis (Greece)
Was born in Kastoria, Greece. His short film The Last Fakir (2005) won the Newcomer’s Prize at the Drama short film festival, Greece. His debut feature L (2012) was presented in Competition at Sundance Film Festival, Rotterdam Tiger Awards and many other international festivals. It was awarded the first prize (Grand Prix) at the Molodist Film Festival, Kiev, Ukraine, in 2012. Pity (2018), his second feature film was also premiered in Competition at Sundance Film Festival and Rotterdam film festival. Pity crowned best film at Hellenic film academy awards 2019, won the Fipresci award at Torino film festival, and best film and best director at Odesa international Film festival. He just finish his third movie “Birds or how to be one”. 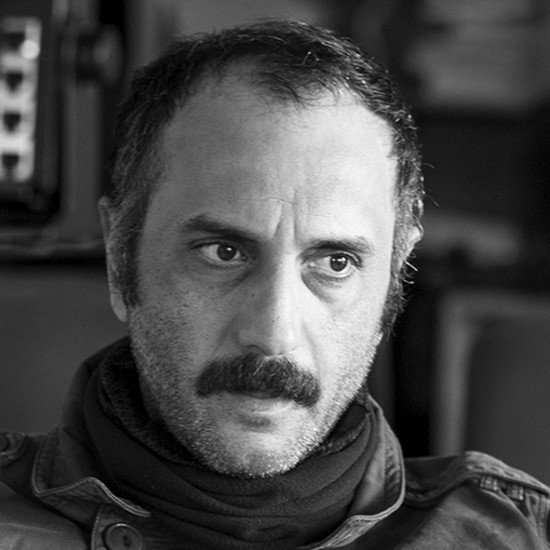 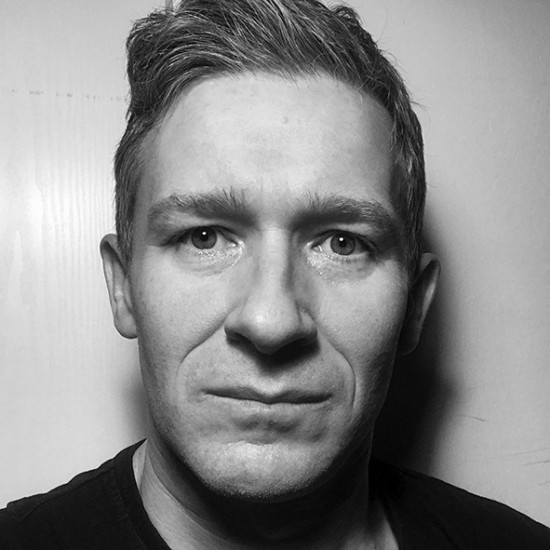 Sergei Kachkin (Russia)
Born in 1973 and grew up in the city of Perm. He graduated from Perm Polytechnical University and then several years later graduated from Marina Razhbezhkina’s Film School. Since 2006 he has worked as a producer, director and cameraman. In 2008 he participated in the programme «Cultural Leaders, Filmmakers » in the USA. In the following years he has taken part in many international seminars led by Alexander Sokurov, Rafi Pitts, Tue Steen Müller, Iikka Vehkalahti. Head of Project Department, Moscow Co-Production Forum of the Moscow International Film Festival (2011-2015). In May of the same year the international premiere of his film “On the Way Home” took place at the Krakow Film Festival. Subsequently, the film was screened at various festivals and on television channels throughout the world. Since 2015 he has been an organizer of the «DOKer» Film Festival. In 2016 the premiere of his film “Perm-36. Reflexion” took place at the central Moscow cinema “October”, after which it was shown at film festivals, released nationally and shown at universities in Russia, Europe, the USA and on TV. 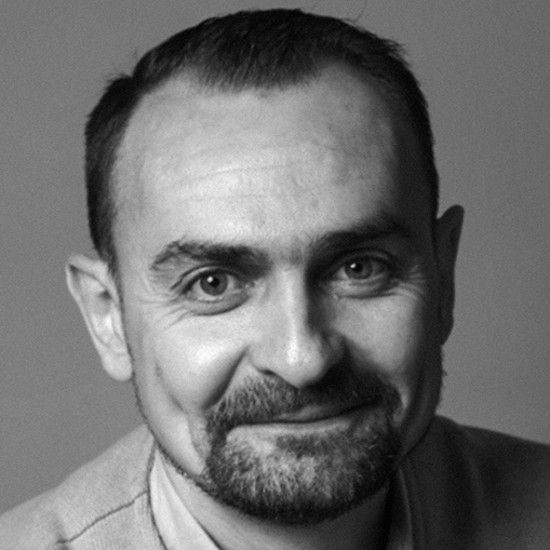 Dmytro Sukholytkyy-Sobchuk (Ukraine)
Director and screenwriter. In 2013 graduated from Kyiv National Karpenko-Karyy University of Theatre, Cinema and Television. During his studies at the university, hi made several short films, which were participating and received awards at different international festivals. Scholarship-holder of the program of the Minister of Culture of Poland “Gaude Polonia” 2015, 2017. Organizer of the Ukrainian Script Platform TERRARIUM. Participant Locarno Film Academy 2019. Member of the National Union of Filmmakers of Ukraine and member of Ukrainian Film Academy. Member of EFA (European Film Academy) since 2018. Member of Ukrainian Oscar Committee since 2019. Short film „Weightlifter” was awarded Short Grand Prix at Warsaw Film Festival, including qualification for Oscar, and received from Drama Short Film Candidate for the European Film Awards 2019. His current project, the debut feature film „Pamfir” selected to Cinéfondation – The Résidence 2019, also project was developed in TorinoFilmLab (Script&Pitch) and Midpoint Intencive. 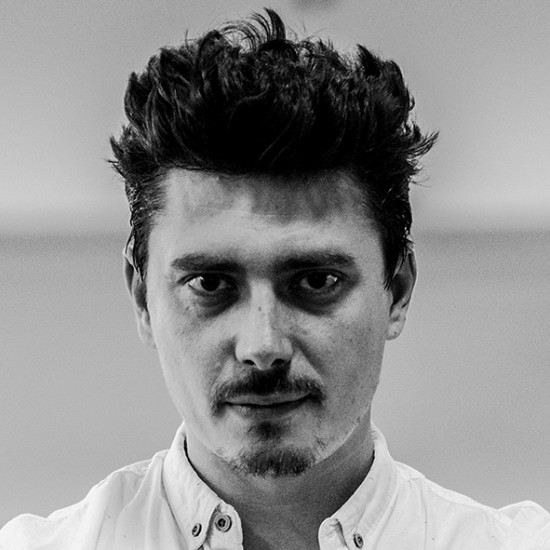 THE JURY of ON THE EDGE – Experiment and Video art Competition

Aleksandra Czerniawska (Poland)
She is a visual artist and a psychologist from Białystok. She does painting, installations and video-art. Her works are thematically connected to Białystok and often refer to the region’s history. She is the author of the publically displayed “Kino-oko” (Cinema-Eye) devoted to Dziga Vertov as well as several other works connected to this pioneering director. 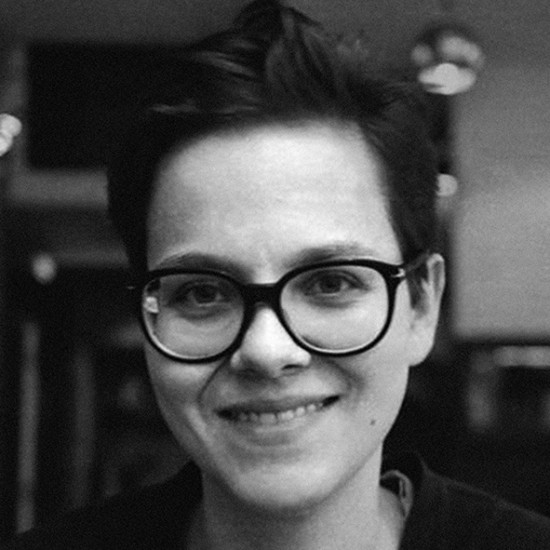 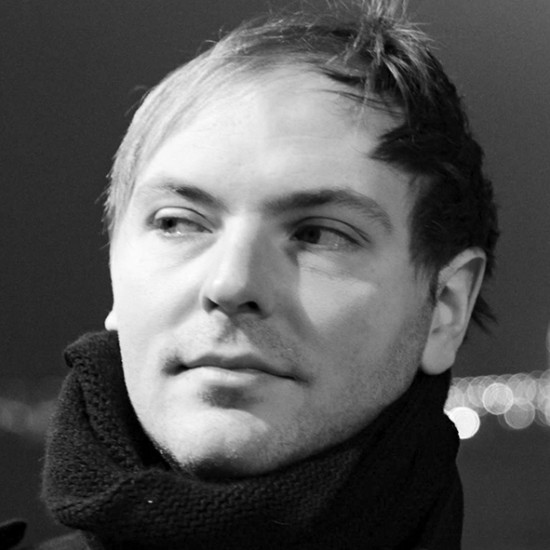 Wojtek Pustoła (Poland)
Visual artist, filmmaker, sculptor and set designer. Pustoła has developed a characteristic minimalist style, visible in his works. At the theatre, he is devoted to anti-stenography, searching for the most economical ways of creating space and stage objects, the function of which, however, is always superior to aesthetics. Associated closely with the Tuscan region of Massa-Carrara, where his stone sculptures, created in the technique of direct cut, are made. Author of ‘White Cube’ (2019), a documentary set in the poetics of slow cinema – a film about revolutionary changes in the technique of stone processing and its consequences.

The jury president: Ryszard Jaźwiński
A reporter, observer of film events, a regular and multiple festival judge, host of meetings with authors and co-creator of Konkurs Talenty Trójki, also for young filmmakers. He has been with Program III Polskiego Radia since the beginning of his professional career. Author of numerous interviews with cinema stars and authorities, a friend to many of them. For the last 20 years he has been producing his own “Trójkowo, filmowo” programme, winner of the Polish Film Institute Award in 2010 and multiple nominee for the daily cycle of short meetings with filmmakers entitled “Fajny film…”. 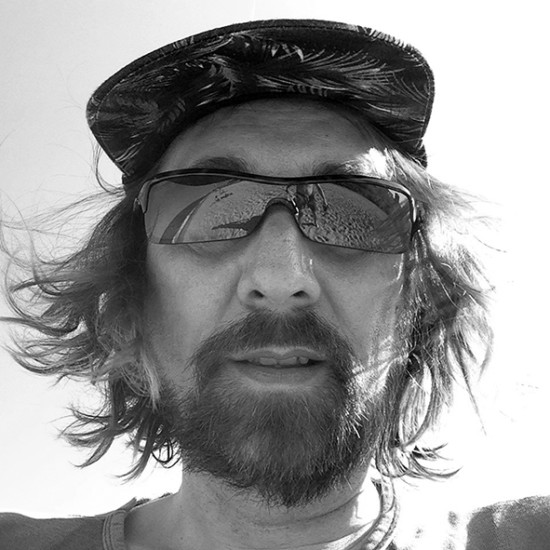 The jury of journalists from abroad will decide which film (entered into the Students and Independent competitions)will recieve the best Polish film award.

Irena Kotelovich
A film critic, cultural journalist, author of the daily newspaper Zvyazda. She publishes her film reviews in a different Belarusian media. She studied journalism in Belarusian State University and cinema in the St. Petersburg Institute of Cinema and Television. 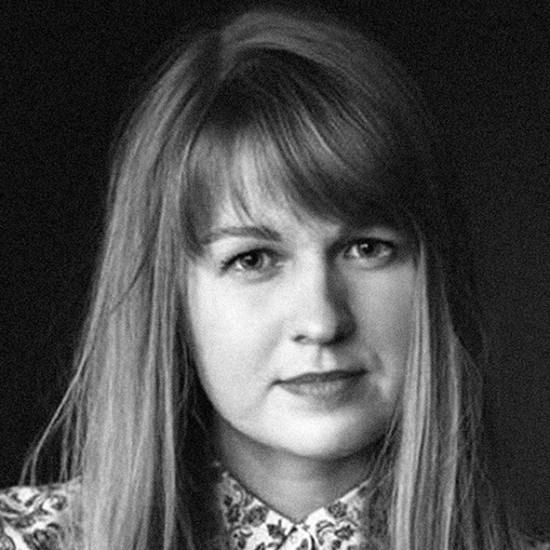 Flavia Dima
A film critic and journalist based in Bucharest, Romania. Her articles have published in outlets such as Indiewire, MUBI Notebook, Kinoscope, Kinecko and Film Menu. A Graduate of Berlinale Talents and Locarno Critics Academy. 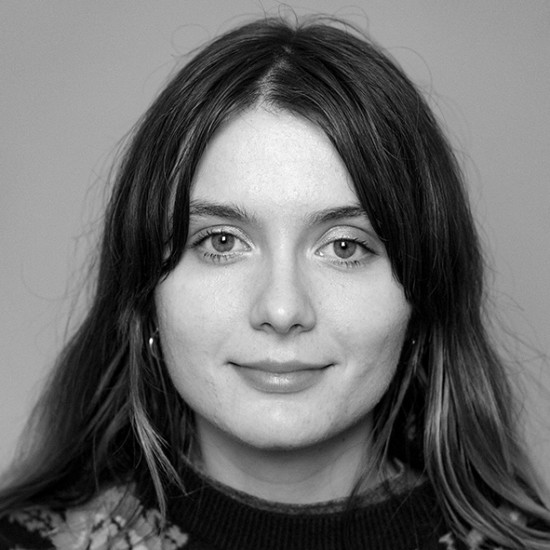 Neil Young
A film-critic and curator/programmer based mainly in Sunderland (UK) and Vienna. His reviews and festival reports appear regularly in The Hollywood Reporter, Sight & Sound, Tribune (London), MUBI Notebook and other international outlets. A member of FIPRESCI and the London Critics’ Circle, he routinely attends 25+ film-festivals each year and has served on more than two dozen juries since 2001 including Cannes’ Semaine de la Critique (2013) and others at Venice, Berlin, Locarno, Rotterdam and Mexico City (Ficunam). He currently works for several festivals in consultation, programming and/or moderation capacities including the Viennale, European Film Festival, Vienna Shorts, Crossing Europe and Kortfilmfestivalen. Between 2011-15 he was the Director of the Bradford International Film Festival at the U.K.’s National Media Museum. He directed experimental documentary „Rihaction” which premiered in a competitive section at the Diagonale film festival in Graz, Austria in March 2019. He made his big-screen acting debut in Joanna Hogg’s fictional feature „The Souvenir” (executive producer Martin Scorsese) which premiered at and won the top prize in the World Dramatic Competition at the Sundance film festival in January 2019. 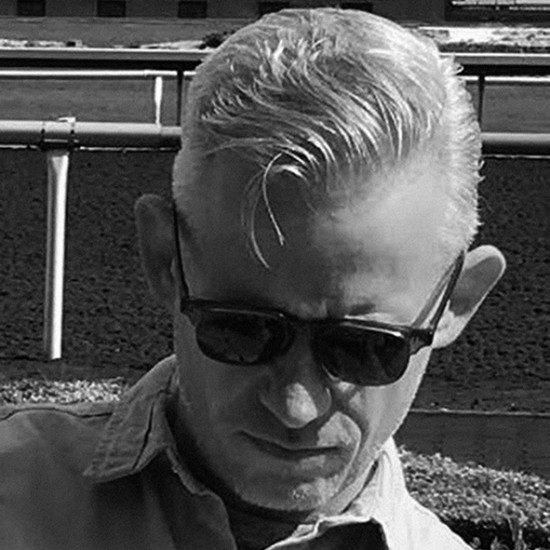 The jury of journalists from Poland will decide which film (entered into the Eastward Window and the Whole Wide World competitions) will receive the best foreign film award.

Magda Maksimiuk
She is a film journalist who works with Polish and American media. She has published texts in, among others in: Newsweek, Gazeta Wyborcza, Zwierciadło, PANI, Polityka, Wysokie Obcasy and on Vogue.pl, Przekrój.pl, Weekend.gazeta.pl, in Onet, Interia and Wirtualna Polska. She works permanently with “Kino”, “KMAG” and “Aktivist”. She is the selector and spokesperson for the Warsaw Film Festival. She teaches American independent film at the Center of American Studies at the University of Warsaw. She loves to walk around big cities and visit London theaters. 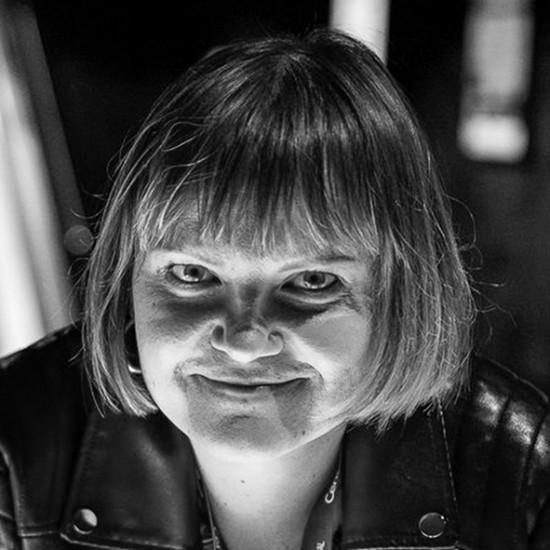 Błażej Hrapkowicz
He is a TV and radio presenter, film critic and announcer as well as the host of the “Kino Mówi” (The Cinema Speaks) in Ale kino+. He has his own show, “Hrapkowidz”, which he conducts for the Polish Radio’s Channel Four. He is the program director of the CINEMAFORUM festival in Warsaw. He works with Canal+ and numerous film festivals. Among others, his works have been published in “Kino” and on Dwutygodnik.com and Filmweb.pl. He is the co-author of books devoted to the works of T. Gilliam, D. Cronenberg, D. Lynch and K. Kutz as well as a publication in English about the Cinema of Central and Eastern Europe (“Eastern Promises”). A member of the European Film Academy, the International Federation of Film Critics (FIPRESCI) and the Film Writing Club of the Association of Polish Filmmakers as well as a recipient of the Krzysztof Mętrak Competition Grand Prix award and five time nominee for the Polish Film Institute Award.

Jakub Koisz
He is a philologist and culture expert who works as a journalist, a film critic and columnist. Among others, he has published works in “Magazyn Filmowy” (published by the Association of Polish Filmmakers), “NaEkranie”, “Kino”, “Film.org.pl”, “Twórczość”, “Nowa Fantastyka” and on the WP portal. He often takes part in radio and television discussions devoted to cinematography and pop culture (Polish Radio, Tok FM). A fan of comics and American literature but his interests also include box, weightlifting and polish hip-hop. 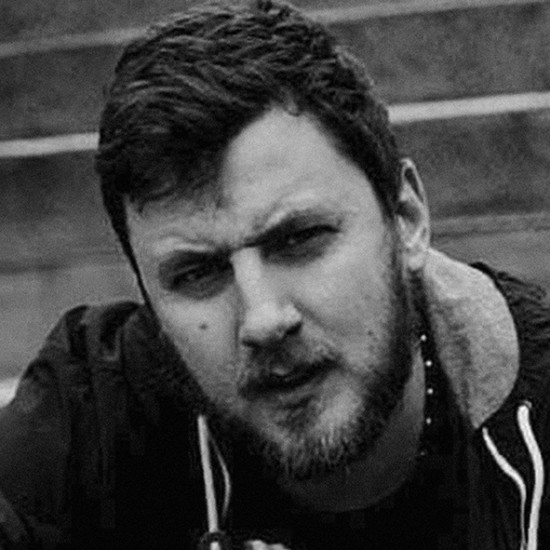